Dal Dal Choi is a cute and bubbly girl. She is the president of the Taekwondo club in Wild's High and has a friendly rivalry with Moon Young Lee over martial arts and Queen over the attention of the series' protagonist, Jae Gu Song.

She is very proud of her cute looks and her devilish lips, and was granted the title "Rosy Lips" in a children's beauty contest. It was said that up to 372 guys tried to steal her lips in the past. She tried to kiss Jae Gu on their first meeting but failed, as Jae Gu managed to shield his mouth with his hand. She is often seen in her school uniform and her dobok (taekwondo uniform).

Dal Dal is often called Mouse and Pinkie (refers to tiny mouse) by Moon Young due to her size. Despite her lack of height, she is very flexible and can kick up to the head level of a taller person. One of these times was when she did a reverse huryeochagi (hwechook chagi or spinning whip kick) and knocked off Mi Nam Li's beanie.

Dal Dal always sports a pair of tiger ears. The tiger ears are actually detachable and are pinned to her hair. The author also sometimes adds a tail on her.

Dal Dal is the daughter of a Korean food researcher. She started practicing taekwondo as a sport so that she can stay healthy. However she became more interested in taekwondo than in cooking. She is later thankful for her cooking skills because she is able to cook for her beloved Jae Gu.

Dal Dal is very proficient in taekwondo. Her kicks are well known for their KO strength and large movements. There are very few people who are daring enough to spar with her without a head gear, such as Moon Young. Dal Dal's weaknesses are her low stamina and the predictability of her large KO kicks. According to Jae Gu, Dal Dal possesses natural talent for fighting, but does not train as hard.

Daughter of a Korean food researcher, Dal Dal is not only good in fighting, but is a great chef. In the run up to the preliminary tournament of the Wild's league, Dal Dal would prepare food for Jae Gu everyday, which they will then eat together with Moon Young Lee after Jae Gu's training. 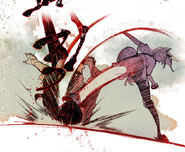 Taking down a delinquent with her powerful kick. 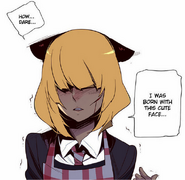 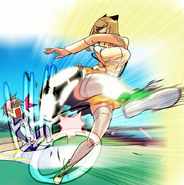 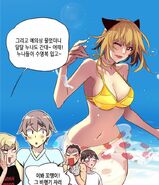 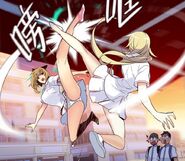 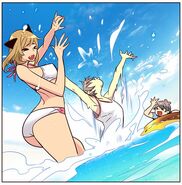 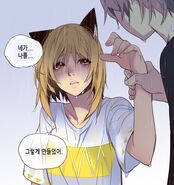 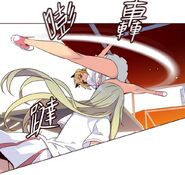 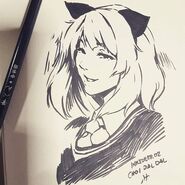 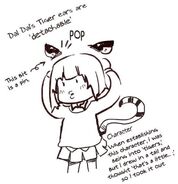 Dal Dals concept sketch
Add a photo to this gallery

Cite error: <ref> tags exist, but no <references/> tag was found
Retrieved from "https://girlsofthewilds.fandom.com/wiki/Dal_Dal_Choi?oldid=6870"
Community content is available under CC-BY-SA unless otherwise noted.